Nothing Ever Change in America 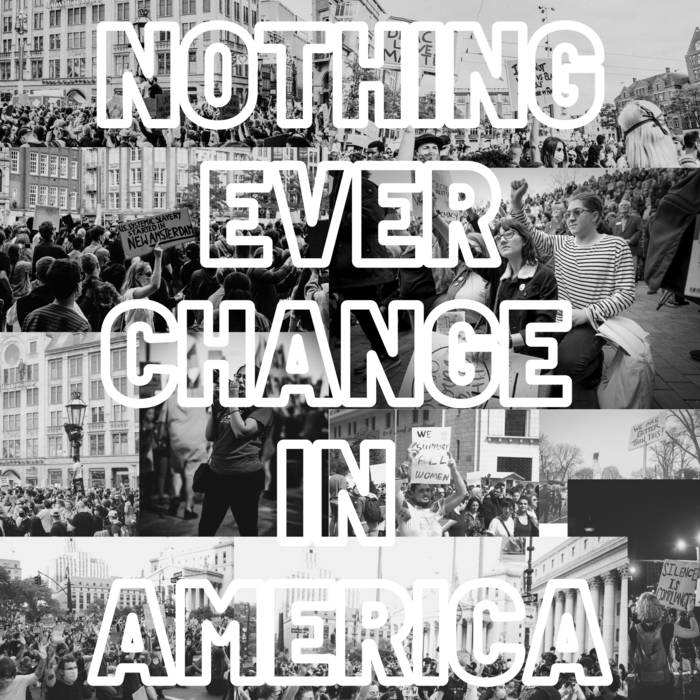 I wrote “Nothing Ever Change in America” on September 24. That was the day after I watched the attorney general in Kentucky announce that no direct charges would be filed for the murder of Breonna Taylor. I was pissed off, disgusted and sad. After a summer where it felt like people finally recognized that systemic racism plagues the country, the fall started with a loud cry that her life didn’t matter.

We recorded it in Chicago, but by the time the song was fully mixed, this didn’t feel like the song to add to the conversation. It was early November. I watched Kamala Harris take the stage at a drive-in rally in Delaware, and the moment felt transformative and big and overwhelmingly positive. The history books were about to enter the first woman and the first woman of color in the vice president slot. That news didn’t erase the long line of injustices, but it felt like the country was looking ahead.

Maybe this song should never be released, I thought. Maybe it should gather digital dust on a hard drive and never make its way into the world.

I am writing this note on January 7. This is the day after I watched a crowd of terrorists storm the U.S. Capitol. I am terrified, pissed off and somehow not at all surprised.

The reality is that the title of this song may be wrong. Things do change in America, but those steps of progress are constantly reversed. On Wednesday morning, we woke up to the news that Raphael Warnock and Jon Ossoff had been elected to the U.S. Senate. I listened to the story of Senator Warnock’s 82-year-old mom and felt like the tide was truly turning here. By the afternoon, I turned on the TV to watch a mob of people - united by their fear of change and love of conspiracy theories - spray tear gas, smash windows and wave symbols of hatred.

We are releasing this song in the hope of playing a small role of fixing a broken country. To do our part to help that happen, every cent from this song will go to Fair Fight. That’s Stacey Abrams’ organization that has done incredible work to make elections fair and make sure that everyone gets to vote. It’s their work that made the beginning of yesterday feel like change does actually happen here, and their work is insanely important in the future.

This song is available exclusively through Bandcamp. Know that your money will go toward making it so this song can disappear.

I watched the news today, oh boy
About an unlucky girl who had her life destroyed
All the people said her name
They all bowed their heads and prayed
Is this time different?
No, this time looks the same
First-class, middle-class, second-class citizens
Take a look around at the trouble that'll get us in
All the history lessons, tell me what you did with them
Where have they all gone?

I watched the news today, oh kid
You're looking for answers, but the answers are staying hid
The truth is in, but the cover is up
Life's a lottery short on luck
You give it your all, but that may not be enough
Some things keep you waiting
There ain't a tree that should not be shaking
There ain't a heart that should not be breaking
That these dreams keep waking up undone

Nothing ever change in America
We keep watching the same rerun

Recorded and mixed by Stephen Shirk at Shirk Studio in Chicago, Illinois

Bandcamp Daily  your guide to the world of Bandcamp

MF DOOM is given his flowers, plus appearances from MC Jada Imani and Stanley Ipkuss